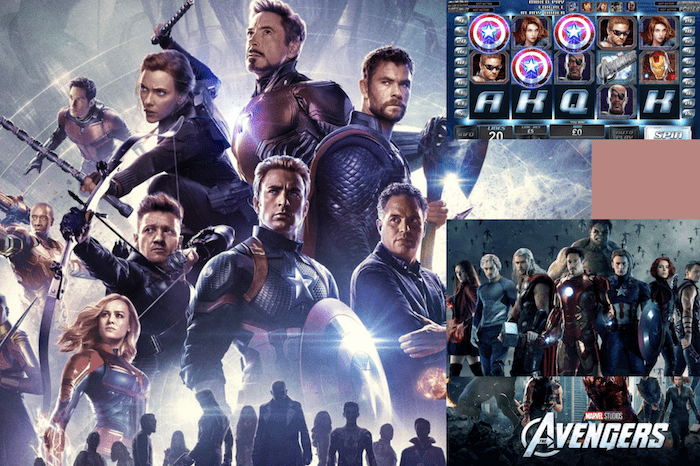 The Avengers debuted in 2012, grossing over $1 billion at the box office and further establishing superhero films as bankable products. Following its success, Marvel Studios (owned by Disney) was happy to sell licensing fees involving their latest cash cow. A deal with Playtech, a leading slot machine designer, followed, and soon online casinos were flooded with Marvel-related products from Elektra to Ghost Rider.

The Avengers were created by Stan Lee and Jack Kirby and debuted in a self-titled 1963 comic. Initially, Loki was causing problems for Thor and the Hulk, so Rick Jones enlisted the help of Iron Man, Wasp, and Ant-Man. They decided to stay together and fight various superpowered threats once the threat was gone.

Due to the team’s current popularity, Marvel Comics has four different Avengers groups. The main team is led by Captain America (currently Sam Wilson aka The Falcon). Others are A-Force and Avengers Idea Mechanics. Keeping track of these groups can be difficult due to constant crossovers.

The original comic book story was changed for the film adaptation. Wasp and Ant-Man were replaced as founding members by Hawkeye and Black Widow. S.H.I.E.L.D. was also directly involved in assembling the team, which was not the case in the original stories.

This is the Avengers team from “The Avengers: Age of Ultron”.

For those unfamiliar with the Avengers films, here is the initial cast:

Cap was found frozen in a block of ice and restored. His enhanced physical abilities, indestructible shield, and combat experience make him a formidable opponent for any supervillain or galactic threat. Chris Evans portrays him.

The Black Widow is a former Russian spy who joined S.H.I.E.L.D. Her lack of superpowers forces her to use guile as much as her martial arts training. Scarlett Johansson portrayed her.

Dr. Bruce Banner is a brilliant scientist, but an accidental gamma radiation exposure turns him into a raging green-skinned behemoth under duress.

Mark Ruffalo plays Banner, while the Hulk is a CGI creation.

Hawkeyeis a family man who serves his country despite being outclassed in power by his opponents. As Jeremy Renner in the movies.

Thor, the Norse god of thunder, is a happy warrior who feels a duty to defend Earth from his adopted brother Loki. He is a man of great strength and endurance, with a magical hammer. Hemsworth plays him in the movies.

On the virtual Avengers slot machine, you’ll notice a variety of symbols on the reels. The following section details the requirements and winnings when these icons are arranged in a specific order.

Strategic Homeland Intervention, Enforcement, and Logistics Division However, despite being infiltrated by Hydra and other villains, SHIELD remains a major player in the Marvel Comics intelligence community. The wild symbol in the game replaces all other icons except the scatter. Payouts include: Two matches: 50 credits, three: 400, four: 3000, and five: 10000.

As for Thor and Iron Man, they are both Norse gods with magical hammers. As team founders, they both have enormous personal power. These symbols pay 40 for three, 150 for four, and 500 for five in a winning combination.

The team’s heavy hitter, the green goliath is prone to fits of rage. Luckily, the Black Widow can calm him down, as anyone who has seen her knows. The Hulk pays 30 credits for three matches, 125 for four, and 400 for five.

Nick Fury, the director of S.H.I.E.L.D., helped form the Avengers. Black Widow is an organization field agent who later joins the Avengers. Both icons pay the same, but only one can be in a winning combination. Three matches get you 25, four get you 100, and five get you 300.

The world’s greatest archer is a founding member of the team, despite his lack of powers compared to Thor and the Hulk. Despite these verbal jabs, he looks cool in sunglasses and pays out as follows: 3 matches = 20 credits, 4 = 75, 5 = 250.

With this scatter symbol, players can access the Wall of Heroes Bonus. It pays three credits for three matches, ten for four, and one hundred for five.

These card values are frequently used on slot machines to complete the symbols. In the Avengers game, three or more of one of these icons pays 12 credits, 50 credits for four, and 150 credits for five.

Credits are not the same as dollars. The payout for a winning payline is determined by multiplying the initial line wager by 50. A $1 bet on a winning combo worth 50 credits pays the player $50.

While this slot’s payouts are solid, players will be pleased to learn that it has several bonus features. We’ll cover them all in this section.

If Captain America, Nick Fury, Iron Man, Thor, and the Hulk appear on an active payline, the line bet pays x200. This only works in the main game.

During the main game, three or more scatter symbols activate the Wall of Heroes feature. As a result, 20 Avengers icons appear on the screen, each representing a team member. The goal is to match three icons to start the free game that corresponds with the character. After the free game, the player can return to this screen for more spins. This continues until the Loki symbol is revealed, ending the bonus and returning the player to the main screen.

This Wall of Heroes Bonus feature gives the player nine free games. On Cap’s shield, a random multiplier of between x2 and x5 appears before each spin. Not re-triggerable.

The Wall of Heroes Bonus gives the player nine free games. These spins start with an x1 multiplier and increase by one every three. During the free spins, an extra wild symbol representing Iron Man’s arc reactor appears in the middle of the third reel, substituting for all symbols except the scatter. No more free games can be obtained.

This Wall of Heroes feature awards nine free games. Thor’s hammer emits lightning, adding zero to five vortex wild symbols to the reels. Lightning can strike reel wilds, but scatters pay before being struck by the god of thunder’s mystical bolts. No more free games can be obtained.

This bonus round, part of the Wall of Heroes Bonus, grants nine free spins. It’s stacked on the third reel and replaces all symbols except the scatter. During this phase, free games cannot be re-triggered.

Power is the smallest prize, usually worth a few hundred dollars. Ultimate Power is the most expensive, often exceeding a million dollars.

They can pay at any time, so even a losing spin can lead to the progressive screen. The player is then confronted with a 4545 grid of 20 squares. By clicking on a square, a progressive icon is revealed. If three matching symbols are found, the player wins the corresponding jackpot. The progressive resets and grows with each spin.